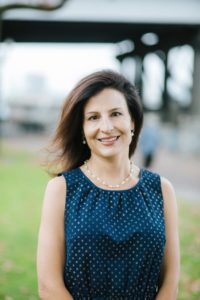 Tonya is an honors graduate with a BS in Finance from Portland State University. She attended Lewis and Clark Law School, where she earned her Juris Doctor degree. It was here that she served as Vice President of the Business Law Society in 1999/2000. She also received Honors in legal writing. Tonya was recently appointed to the Alumni Board of Directors for Lewis & Clark Law School where she hopes to help raise money for student scholarships.

A member of the Oregon State Bar since 2001. Tonya focuses exclusively on peaceful resolutions for families transitioning through separation or divorce. She spent several years serving on the board of the Oregon Women Lawyers Foundation. Tonya is also a two-time recipient (2002-2003 and 2006-2007) of the Outstanding Partner through the First Year Partnership Program with Lewis and Clark Law School for her efforts in mentoring. Lastly The Oregon State Bar’s Alternative Dispute Resolution (ADR) Executive Committee appointed Tonya recently to help promote awareness of mediation and settlement out of court.

A Passion for Collaboration

In addition to Tonya is building her legal expertise and dispute resolution skills. Active in community and neighborhood committees, Tonya is an elected member of the Arbor Oaks Transitional Homeowners Board. She is also a former elected board member for Oregon’s largest planned community, the Forest Heights Homeowner’s Association from 2003-2005.

While outside of work, Tonya’s the mother of two little boys. They enjoy outdoor activities like surfing, kiteboarding, mountain biking, nordic and alpine skiing, scuba diving, photography, and travel. 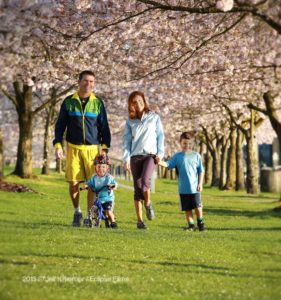 Tips for Families to Prepare Feb 2015

Cindy Armony is the Most Fantastic Paralegal!

I worked with Tonya and Alexander Law while going through my divorce. It wasn’t my idea to go through another mediation, but did thinking that it would make the process go more smoothly. It didn’t, but not because of anything Tonya did. Throughout the intensely frustrating ordeal, the brightest light was Cindy Armony. She is the most fantastic paralegal (and person in general)! She was so helpful with communication, even after it completely broke down. She was transparent with any and all information that was shared and immensely supportive when I felt lost in the process. Tonya was incredible with her advice as a mediating attorney, but I have to say that my favorite part was working with Cindy. That said, I would highly recommend Alexander Law for your collaborative divorce needs. They are reasonably priced and helped me through a very tough process. -E.R.

“I don’t have as much experience working with attorneys, but I was pleased with the quality of your work and the interactions we had with you.  We took a few selfies when we signed the documents with Cindy. We’re both smiling broadly in them. The end of a marriage usually arises from difficult and emotionally wrenching problems, but we were able to have a successful and, dare I say, happy divorce, partly because of your help.” -J.M.

Thank you again for all the work you do – your job is not easy. Blessings. Lydia B

Cindy, I just wanted to thank you and Tonya for all your help. This has been a horrific time in my life, to say the least, but thank you for your help and guidance and for taking the extra steps above and beyond to help me through all it! Yvette P

I greatly appreciated Tonya’s ability to keep costs down while providing the guidance and expertise in our divorce mediation. – J.H and K.H.

As divorce can often be a trying experience, Tanya Alexander and her staff made it as comfortable and quick as possible.  While my wife and I are still friends, we have our different opinions and when we started to disagree, Tanya worked with us to see the bigger picture and move on. It is quite well known that, too often,  attorneys in family law actually keep arguments going, in order for their billing hours to go up. This was the quintessential opposite experience.  The entire process took less than a month and it cost less than $5,000.00. We are very grateful clients. CW

I highly recommend Tonya Alexander for professional assistance with marital mediation and divorce settlement. I came to Tonya after being very dissatisfied with the first attorney I was working with. Tonya proved to be a very professional and knowledgeable attorney with a compassionate demeanor that was exactly what I had been looking for. Not only did Tonya help me through the most difficult time of my life, she also had my best interest in mind and was successful in acquiring a very reasonable divorce settlement in a relatively short period of time, as well as minimizing the amount of drama involved. Tonya has a very unique ability to focus on the priorities of her clients while maintaining a professional attitude in resolving difficult situations. – Tammi T.

“Thank you so much. The collaborative process has been wonderful and I really appreciate how you coached me along the way.” -JG

You are so good at what you do.   Feel lucky to have you working for me.   Feel optimistic about a speedy and happy outcome in the longer term.   Thanks for putting us on track today.   Thanks again for your good work. Chris S.